A bungalow in the Junction has sold for just over $1 million, despite the fact it has zero bedrooms.

The detached home at 314 Ryding Ave. was up on the market for just three days before being sold for $1,004,000 this weekend.

The bungalow at 314 Ryding Ave.sold over the weekend for over $1 million.

Recently renovated, the bungalow boasts “open-concept living,” in other words, no separating walls to speak of, other than the washrooms.

The home is “open-concept living,” with no walls dividing up separate rooms.

Given that information, it’s safe to say that the new residents (if there’s more than one) should brace themselves for limited privacy in what is essentially a 632-square-foot box.

The bedroom encompasses a small enclave in the basement.

That being said, there is a basement where the bed is, so at least there are separate levels within the living space. The enclave downstairs acts as a bedroom, sans walls, with storage.

There’s a backyard and double-car garage on the property.

There are also two walkouts to a private backyard, which includes a deck and some green space.

The house is made up of hardwood floors, exposed beams and a kitchen with quartz counters. 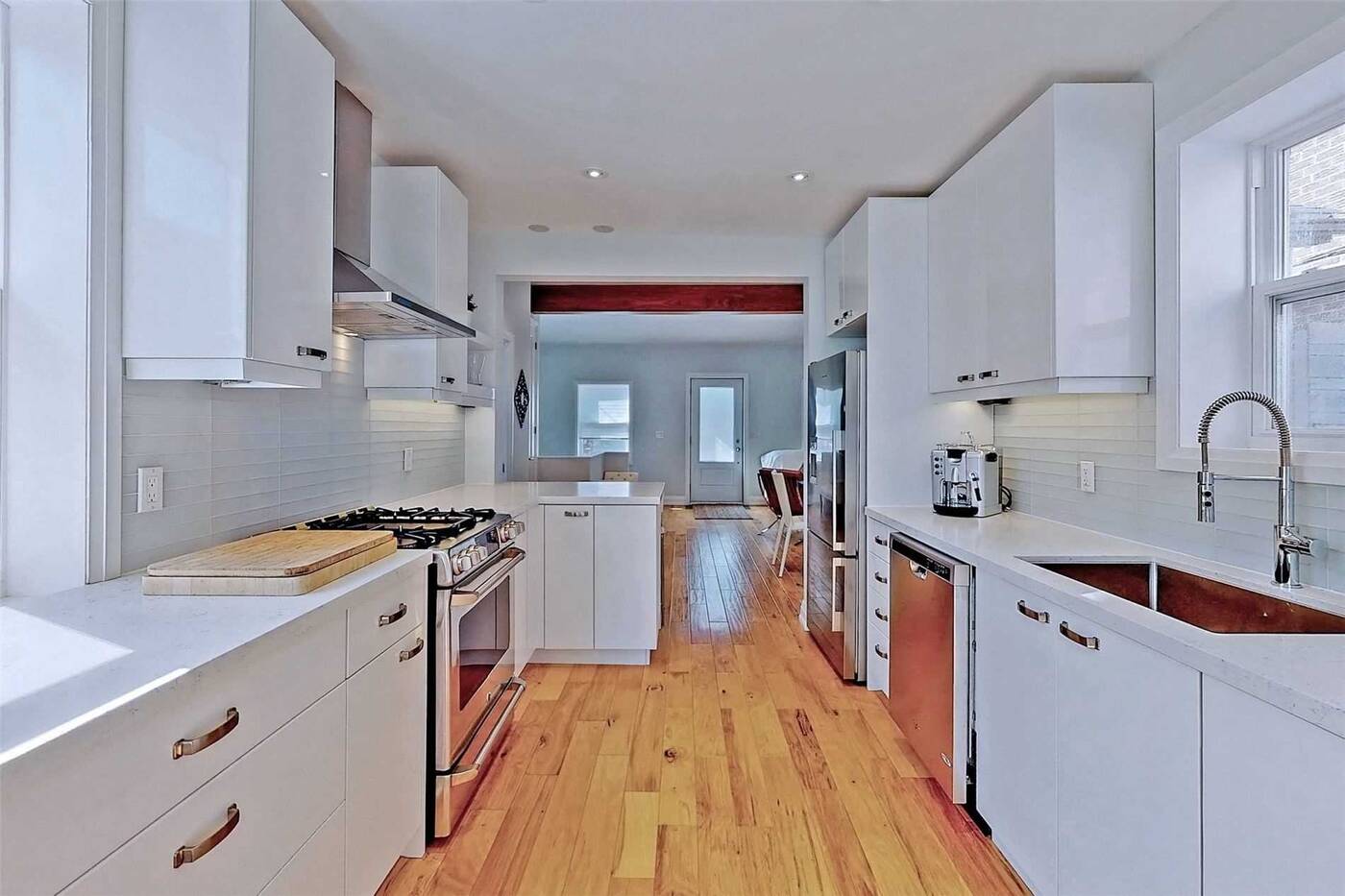 The house was renovated recently with hardwood floors and an updated kitchen.

There’s also a double-car garage with a workshop included.

This website is operated by a brokerage or salesperson who is a member of The Canadian Real Estate Association.

The listing content on this website is protected by copyright and other laws, and is intended solely for the private, non-commercial use by individuals. Any other reproduction, distribution or use of the content, in whole or in part, is specifically forbidden. The prohibited uses include commercial use, "screen scraping", "database scraping", and any other activity intended to collect, store, reorganize or manipulate data on the pages produced by or displayed on this website.